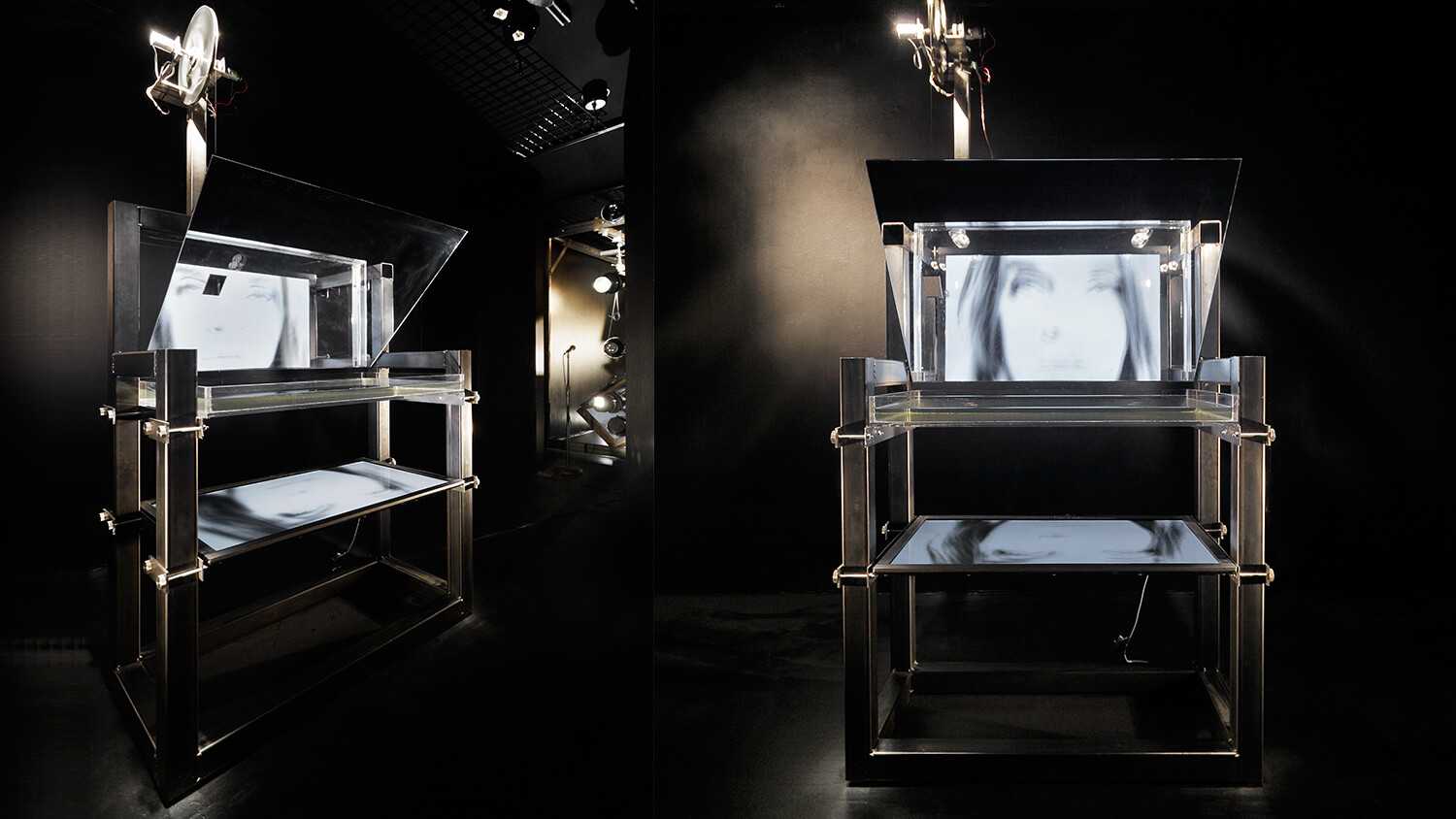 International cultural institution Barneys New York reinvented the department store window in the 1980s with its wildly imaginative displays. For the third annual Fashion’s Night Out, the Barney’s team knew that all eyes would be on their flagship storefront. Carine Roitfeld, former Editor-in-Chief of French Vogue, had joined Barneys New York as a guest editor and stylist for the department store’s fall campaigns. Barneys wanted a way to highlight this collaboration with Roitfeld, who the store perceived as the quintessential Barneys shopper. 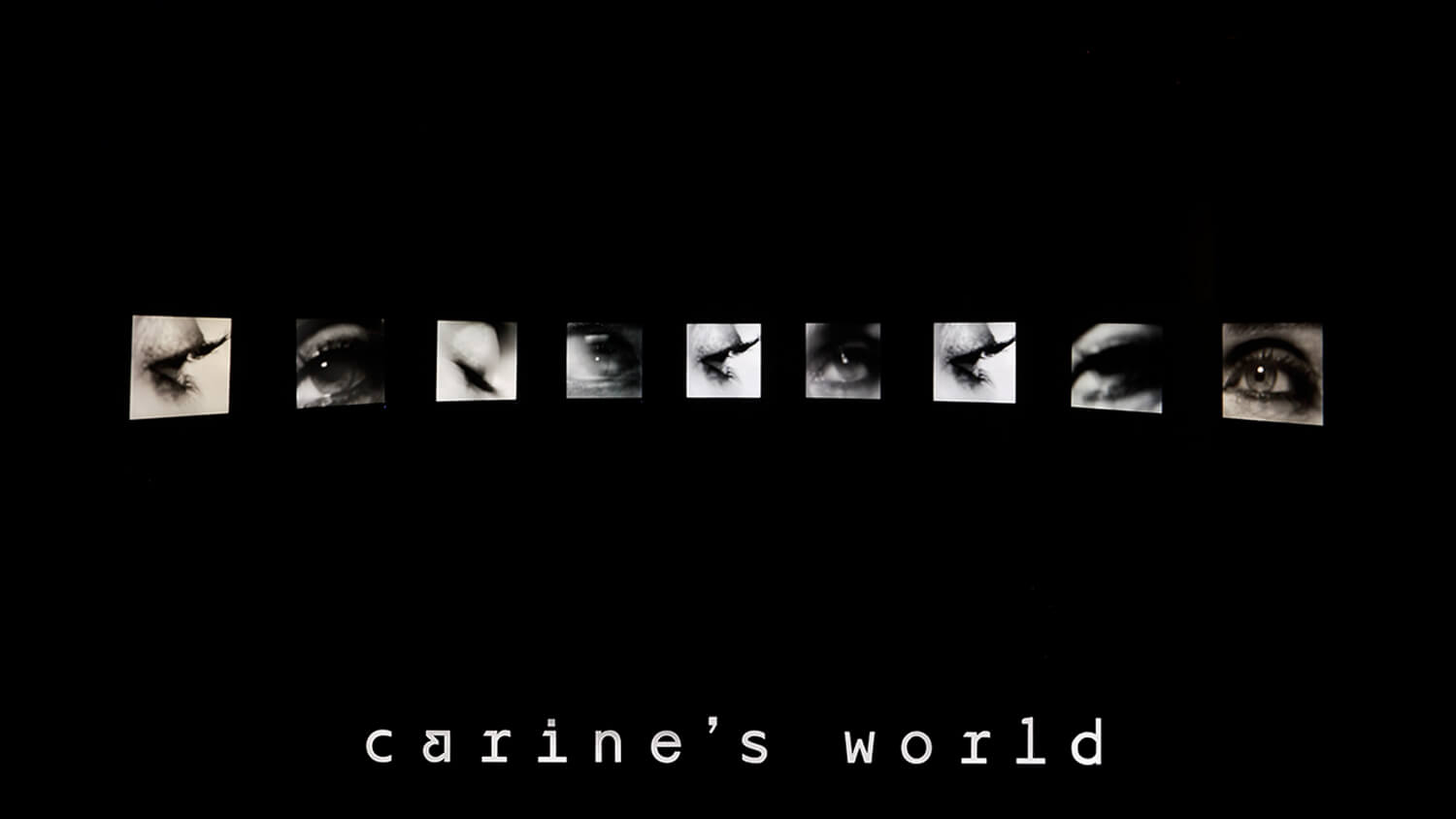 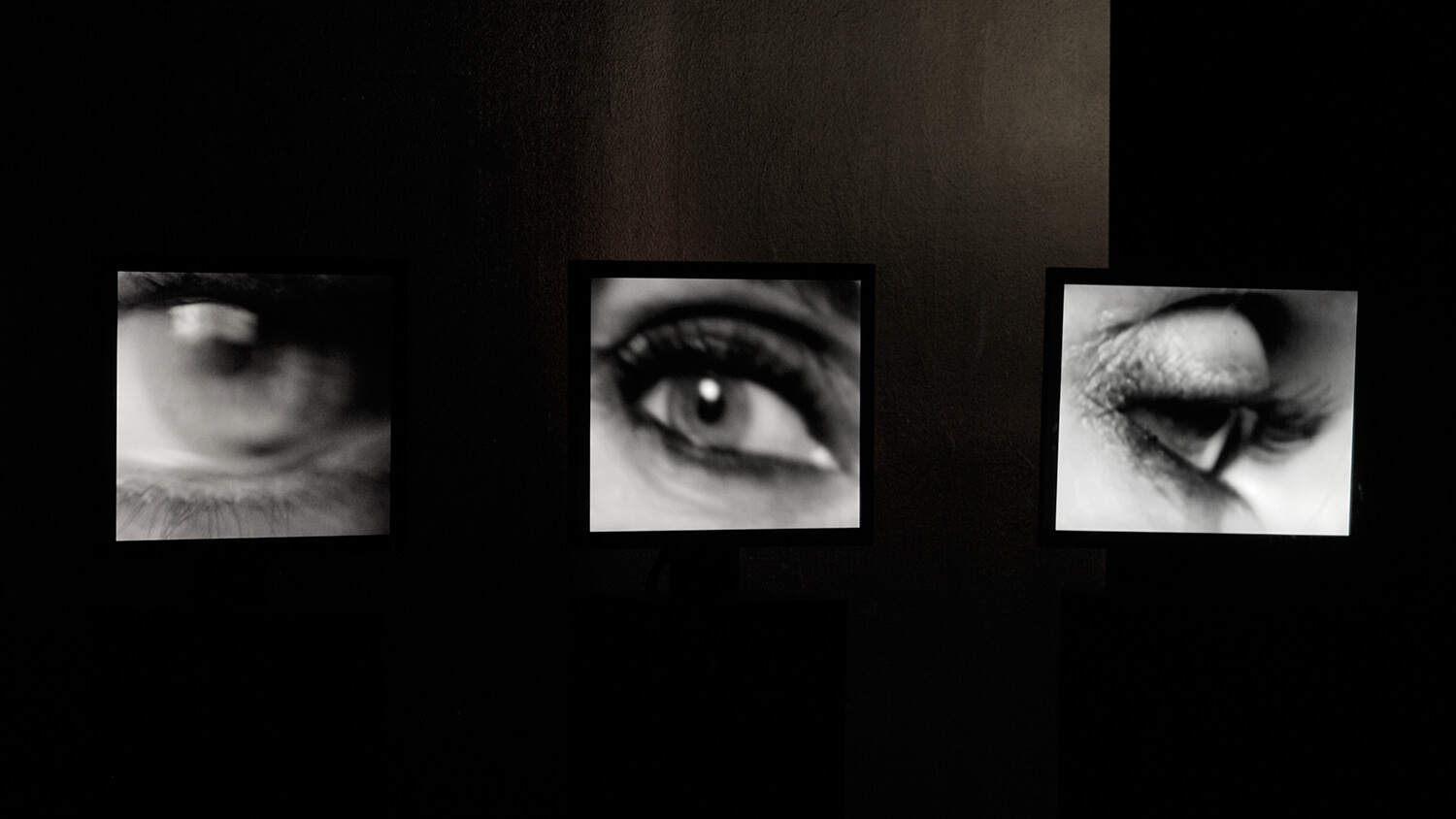 Barneys Creative Director Dennis Freedman reached out to Patten Studio to create a series of kinetic and digital installations that would celebrate the store’s collaboration with Roitfeld. The windows would incorporate famed fashion photographer Mario Sorrenti’s documentary series “Carine’s World” into a series of dynamic sculptures. 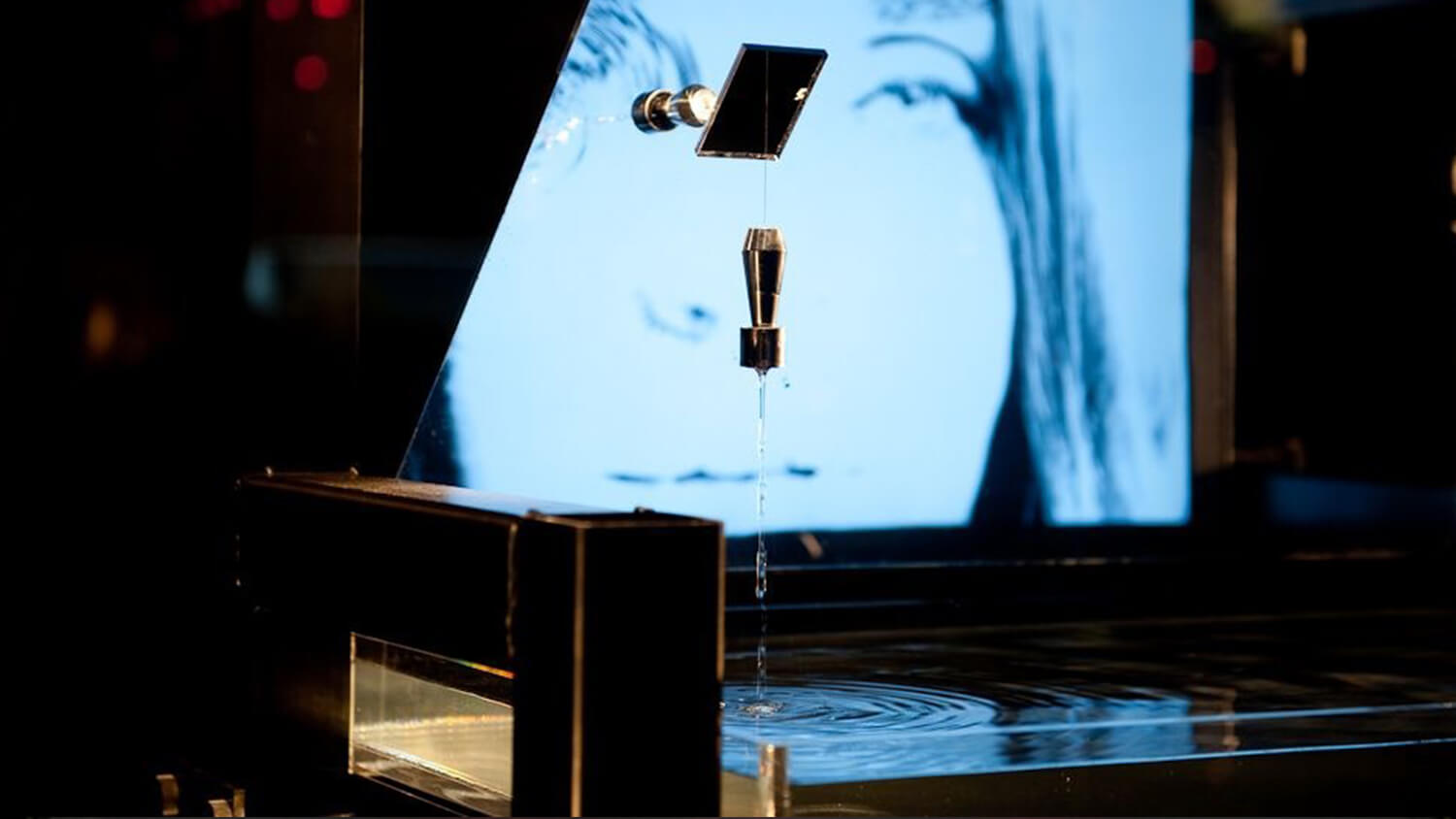 In the Water Window, a plexiglas tray was lofted above a horizontal video screen playing Sorrenti’s footage. A motorized pulley dropped a bob into the tray, disturbing the water’s surface. A mirror held at an angle above the tray reflected the footage as seen through the water. The ripples caused by the bob bent the light from the video screen, causing slight distortions in Carine’s image, visible through the mirror.

In the Walking Window, nine TV screens were arranged in a triptych. The screens played footage of Carine in various transit scenarios: walking, driving, or riding an elevator. In staccato motion, the screens folded in on one another, creating physical movements that amplified the on-screen content. 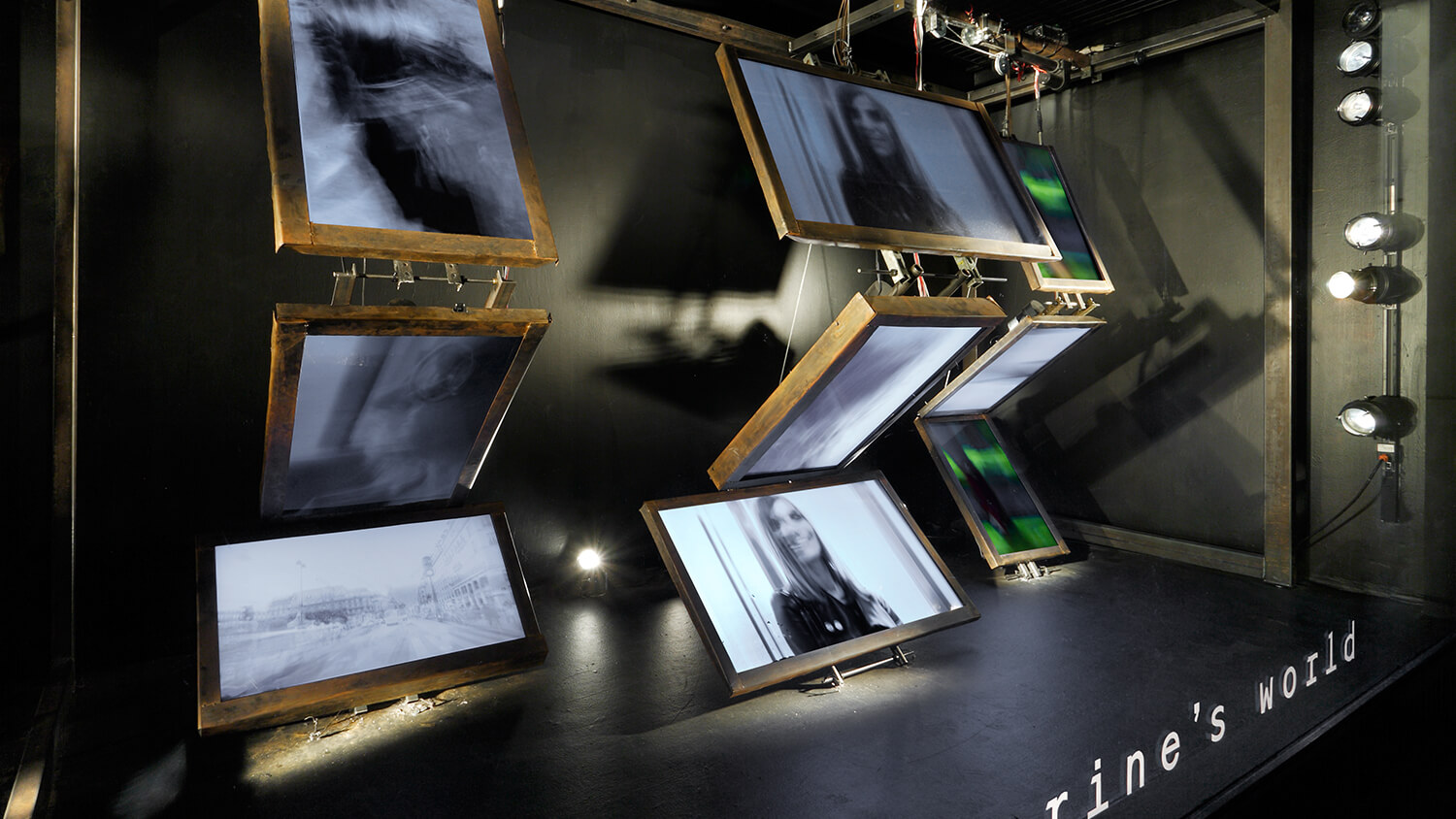 The creativity of the Carine’s World displays delighted Fashion’s Night Out attendees and industry press. James Patten’s work for Barneys has been featured in several major outlets, including Vice’s Creators Project.