A permanent light installation on the Kennedy Center’s REACH Plaza is activated by human touch.

When the Kennedy Center commissioned artist Ekene Ijeoma to create Heartfelt, Ijeoma reached out to Patten Studio to develop and implement the technology needed to bring his vision to life. Patten Studio created the custom electronics and software that enable Heartfelt’s interactivity.

Thirty one stainless steel poles are outfitted with LED lights that require human conductors to close their circuits. In their resting state, Heartfelt’s poles emit a soft, constant glow. This glow intensifies when two poles are connected, as visitors to the installation explore various poses to engage the artwork. Visitors to Heartfelt can illuminate two or more poles through direct physical contact, or may discover that by holding hands with one another they can create longer circuits that connect more distant poles. By using people as conductors to close the circuits between its lights, Heartfelt demonstrates how social, cultural, and political networks form in cities. 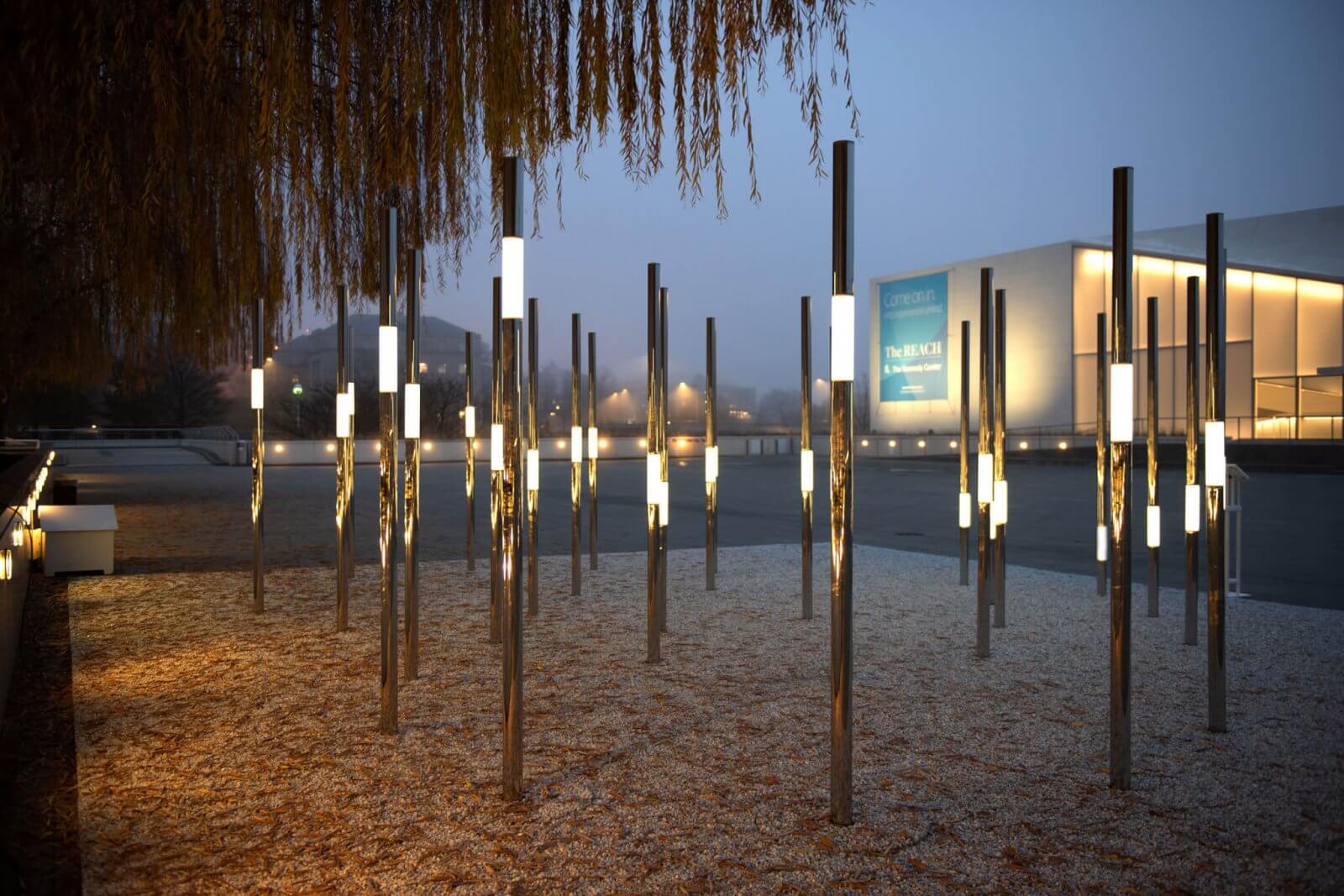 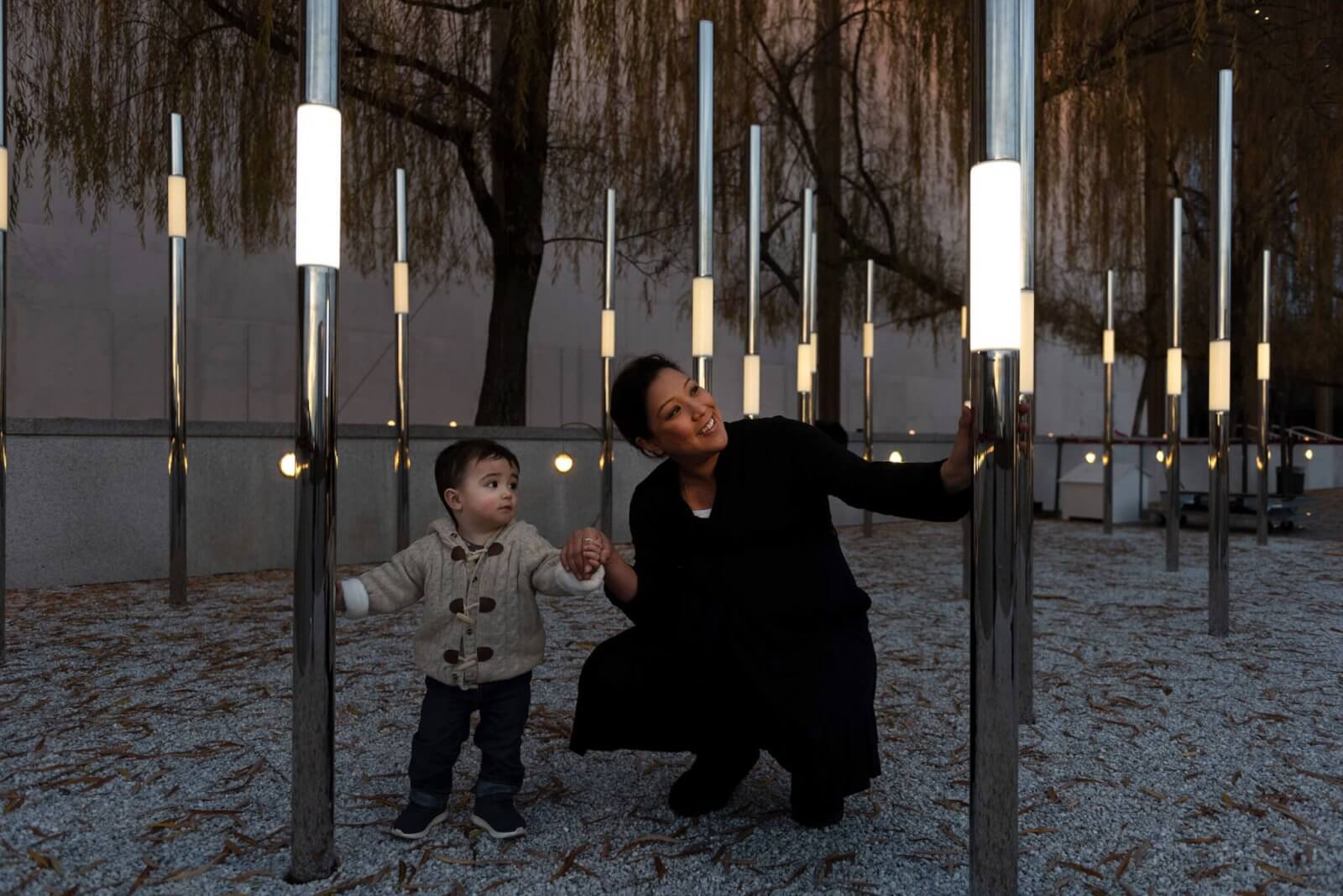 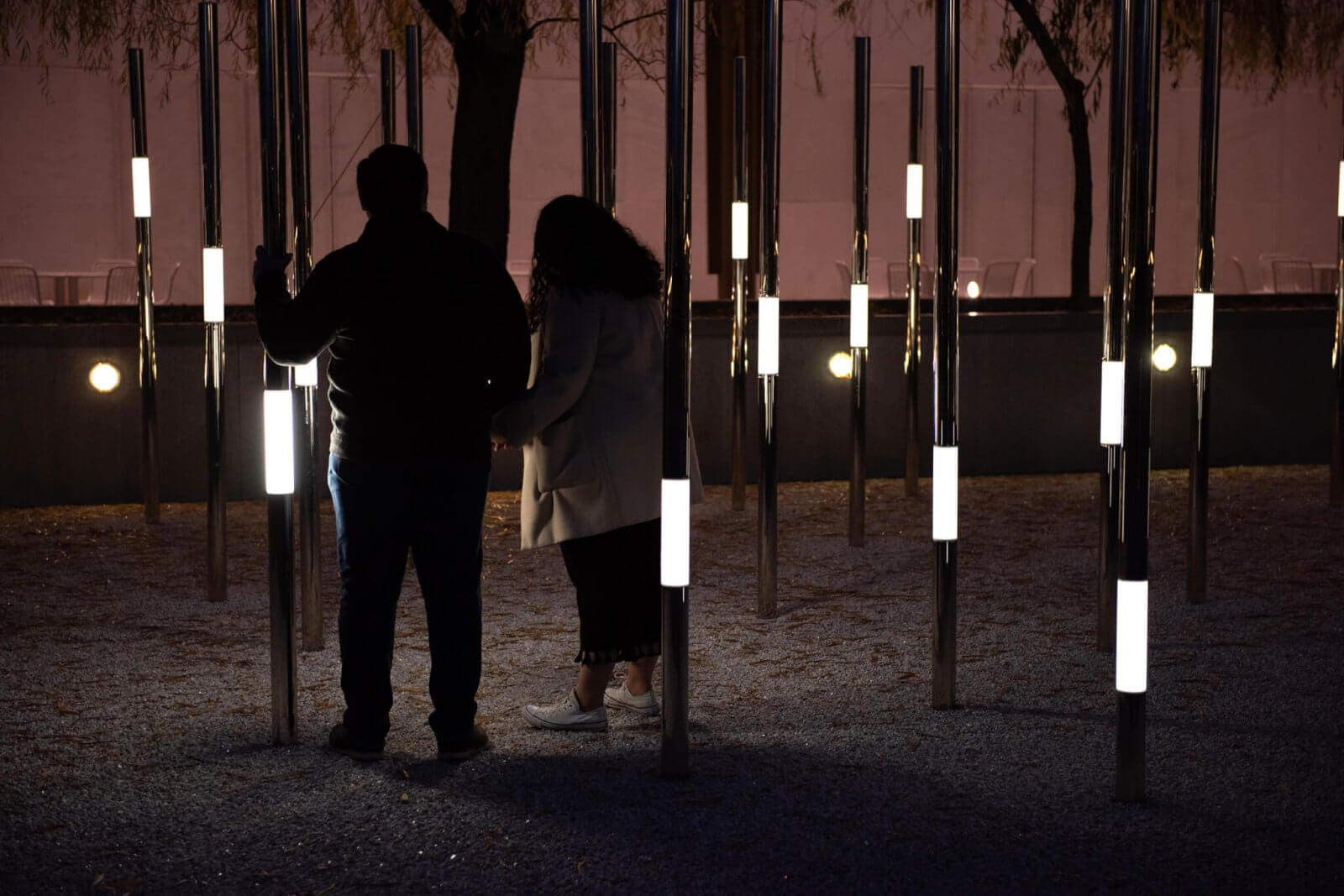 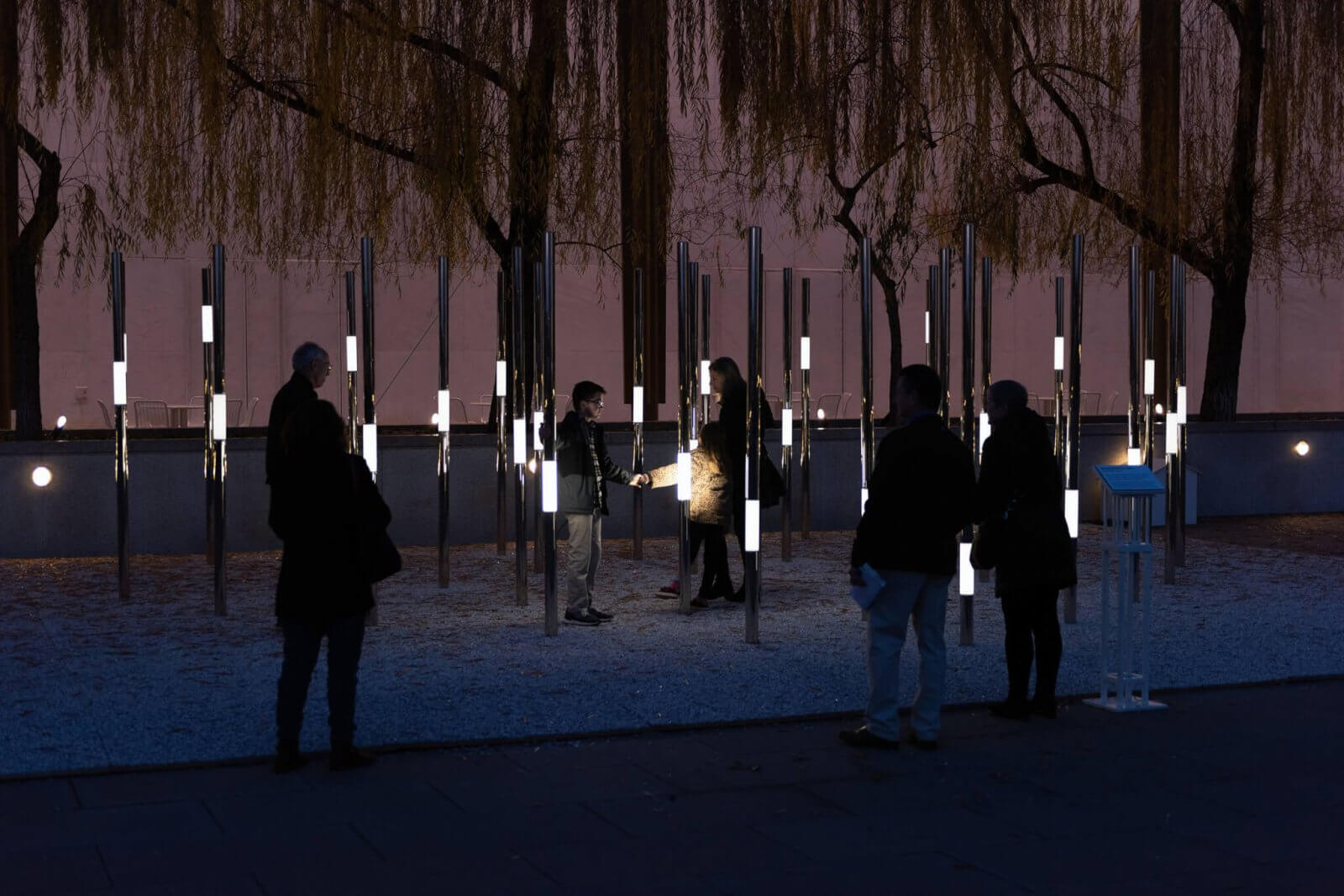 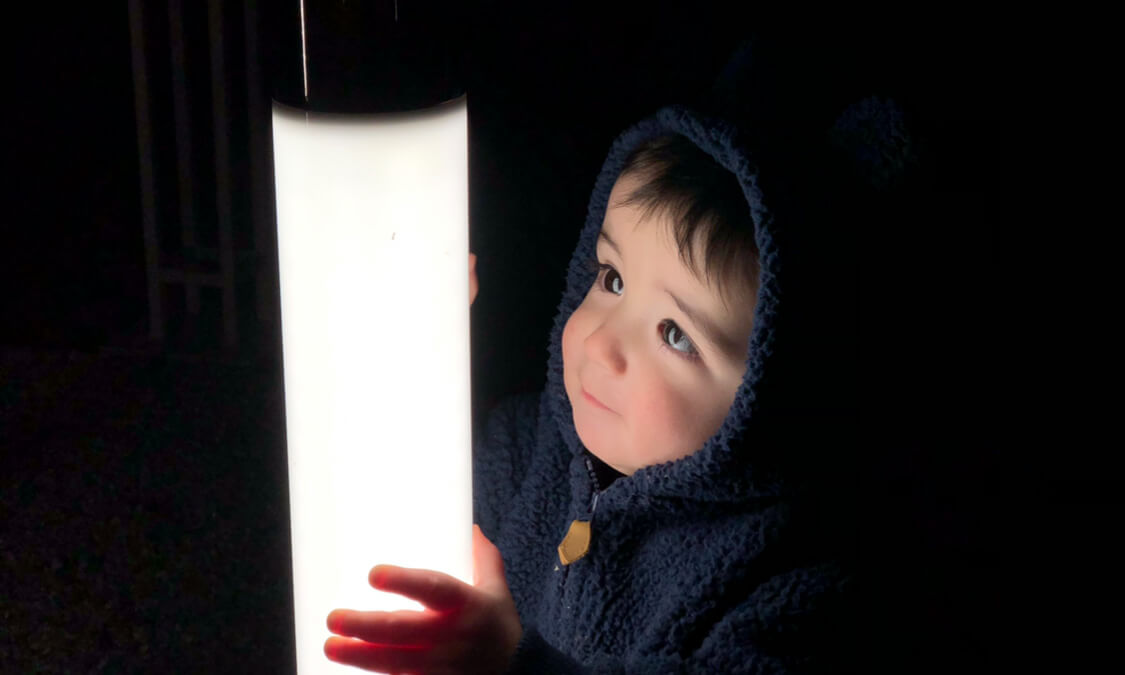 The Kennedy Center is the nation’s busiest performing arts center, hosting more than 2,200 events per year, attended by 2 million visitors. Heartfelt is installed in the REACH plaza, an outdoor performance venue on the south side of the Center that opened in December 2019. Heartfelt is accessible to the public from 10am to midnight daily.

Edge of the Sea