Every spring and fall, fashion designers and brands put on spectacular runway shows in New York to unveil their latest collections at Fashion Week. These shows aren’t just about the clothes – they’re full-on immersive experiences, each vying for the attention of the press, buyers and influencers. 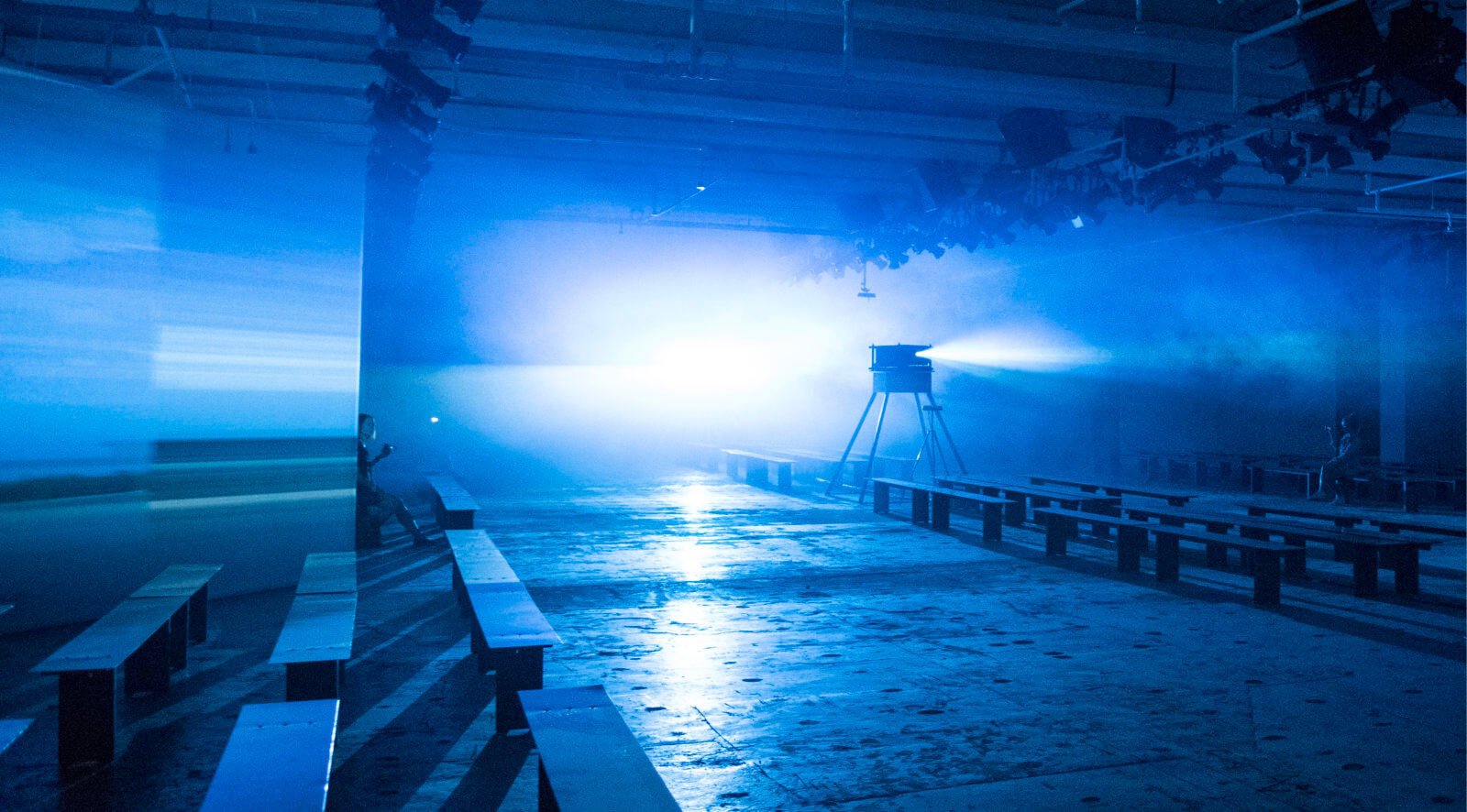 For Rag and Bone’s Fall 2016 show, Patten Studio collaborated with TEM Studio and Vincent de Belleval to create The Beacons. On each of the three beacons, a powerful video projector rotated under computer control to throw images onto projection screens surrounding the runway. 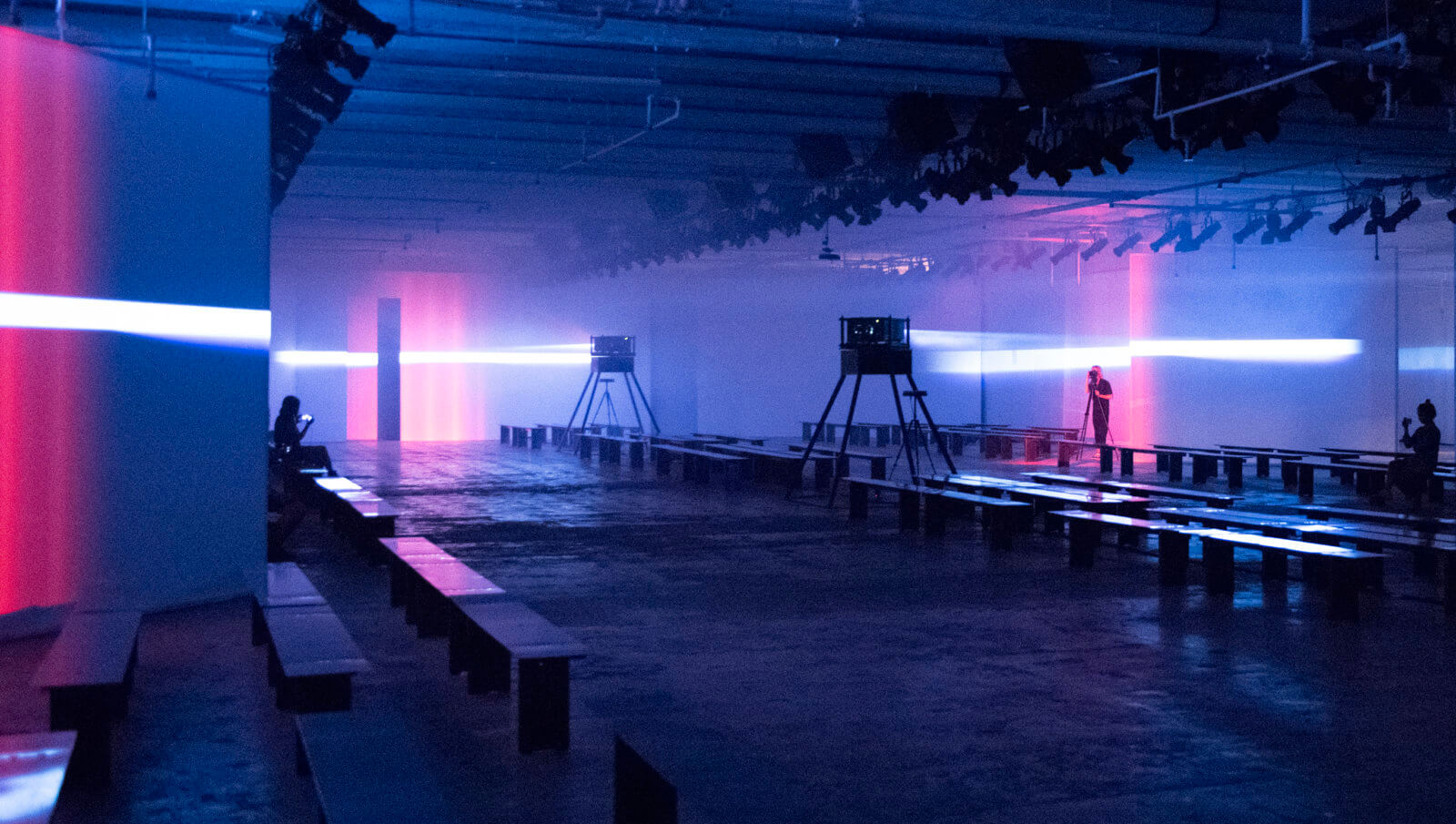 The projectors rotated up to once per second as they threw dynamically generated images into the space. As the projectors reached top speed, they created a persistence-of-vision effect, as if each beacon of light created a moving window onto an alternate visual world. Fog machines gave a three-dimensional shape to the moving cones of light.

The show featured a soundtrack by Thom Yorke. It generated press coverage for Rag and Bone in Vice and many other outlets along with a short film that Rag and Bone used to promote their collection online.