TRANSFORM embodies a vision for the future of interactivity where objects change shape to give physical form to digital information.

Every April, 370,000 people from 188 countries flock to Italy for Milan Design Week (Salone Internazionale del Mobile). The fair is the single largest event in furniture design, allowing designers and craftsmen to showcase their work to a global audience of press, buyers, design industry professionals, and design enthusiasts. For its 2014 exhibition, Lexus Design Amazing, Lexus commissioned three innovative works representative of its brand campaign “Amazing in Motion,” a celebration of the company’s forward-thinking approach to design. 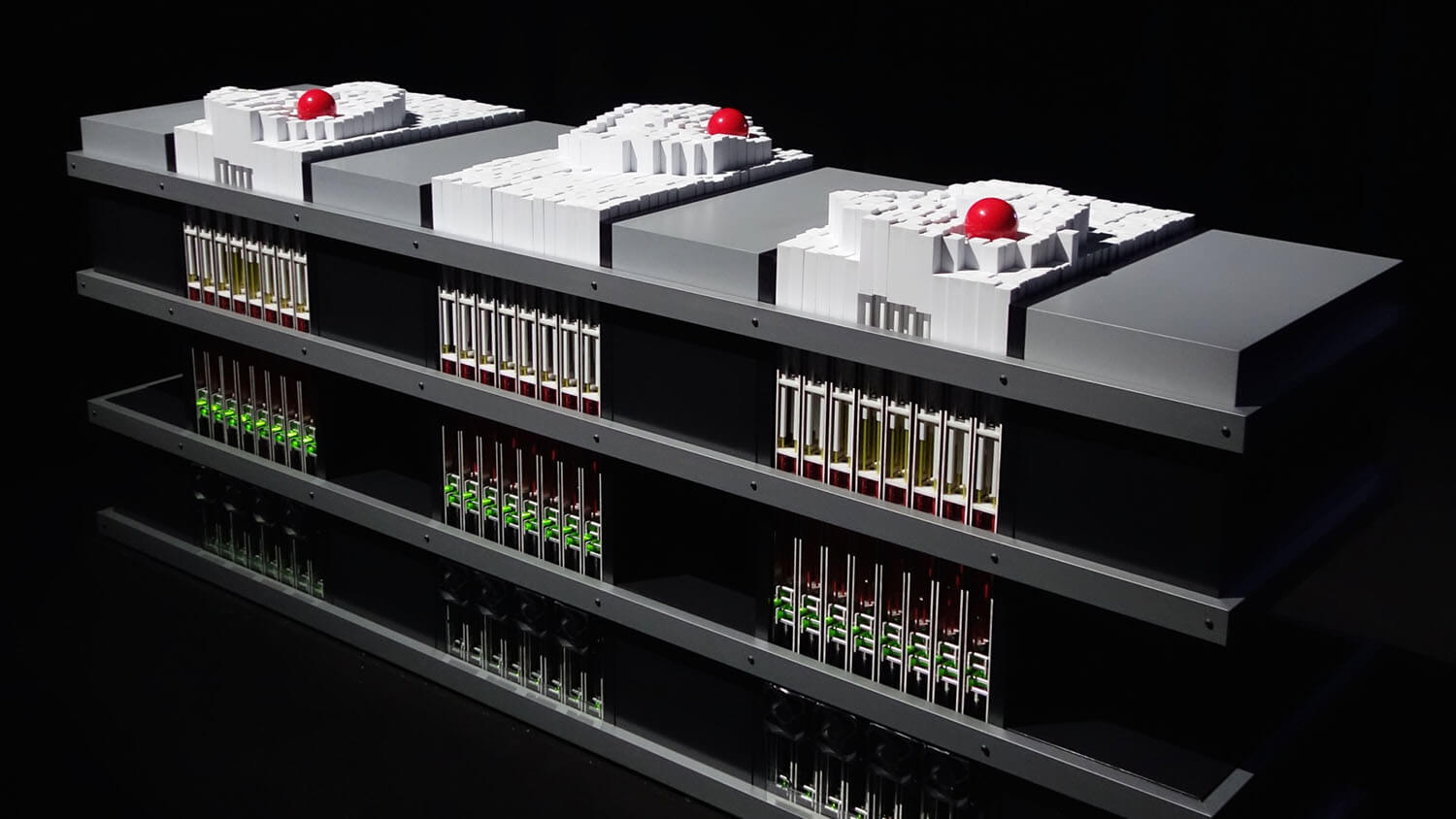 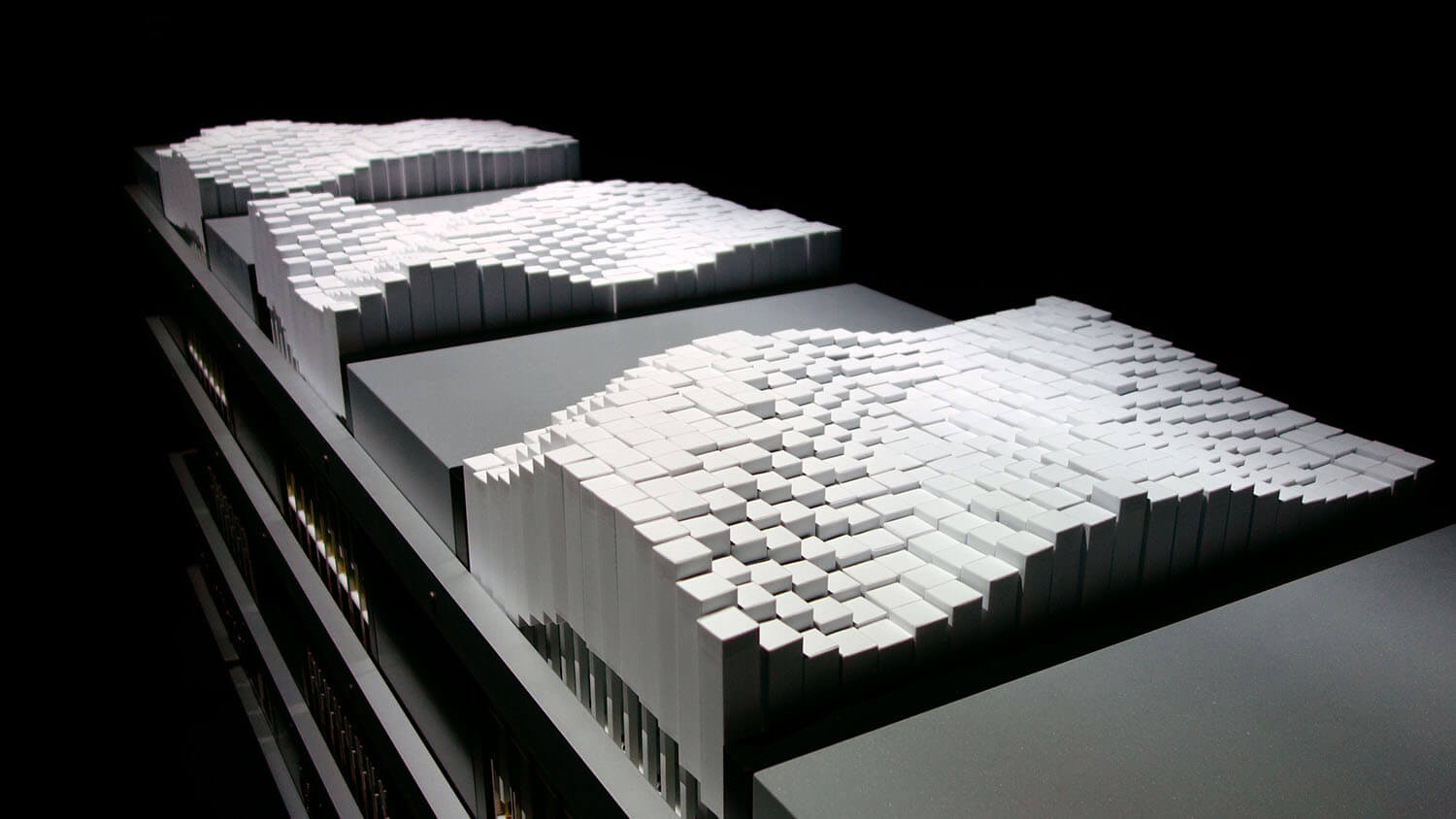 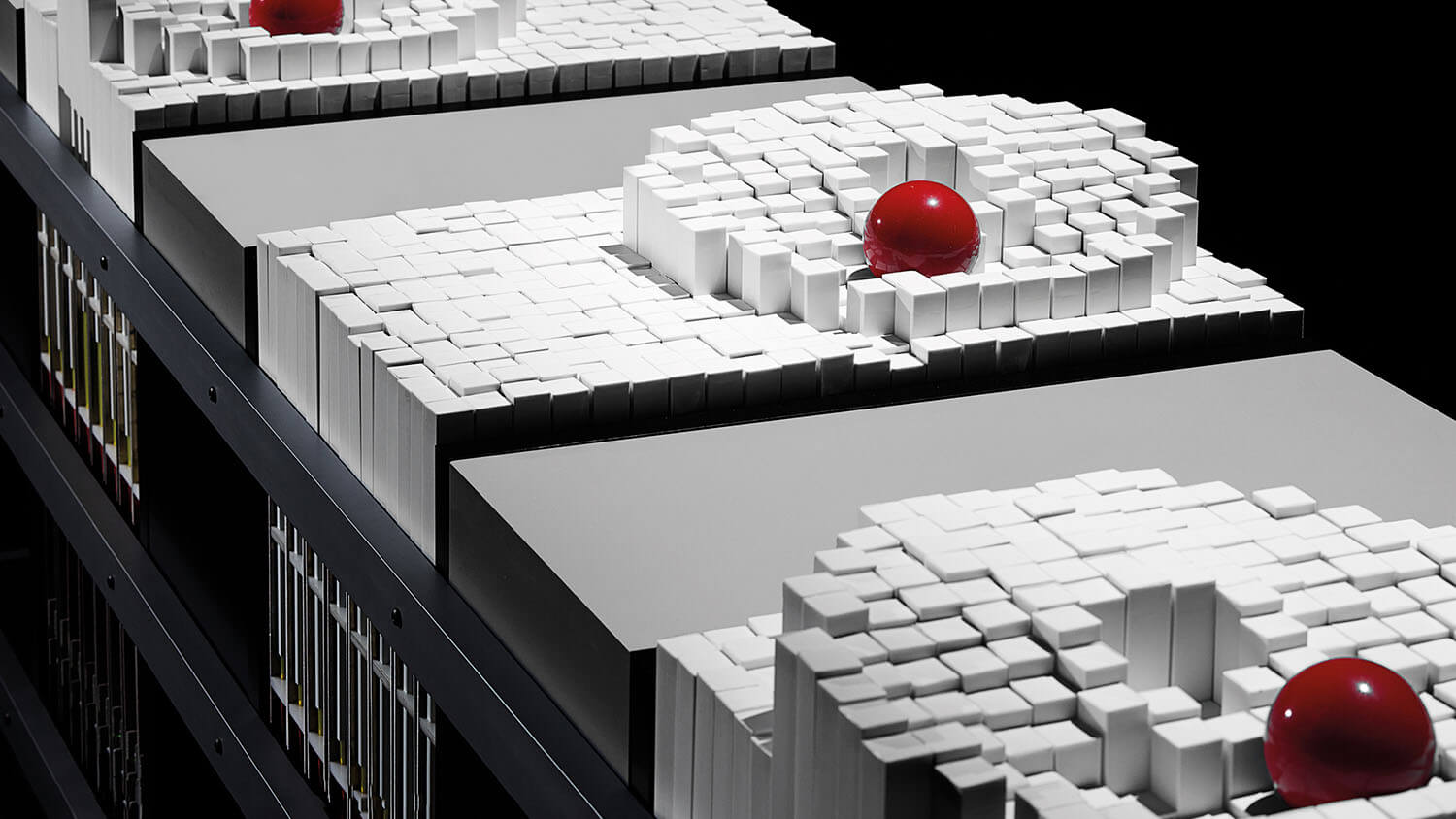 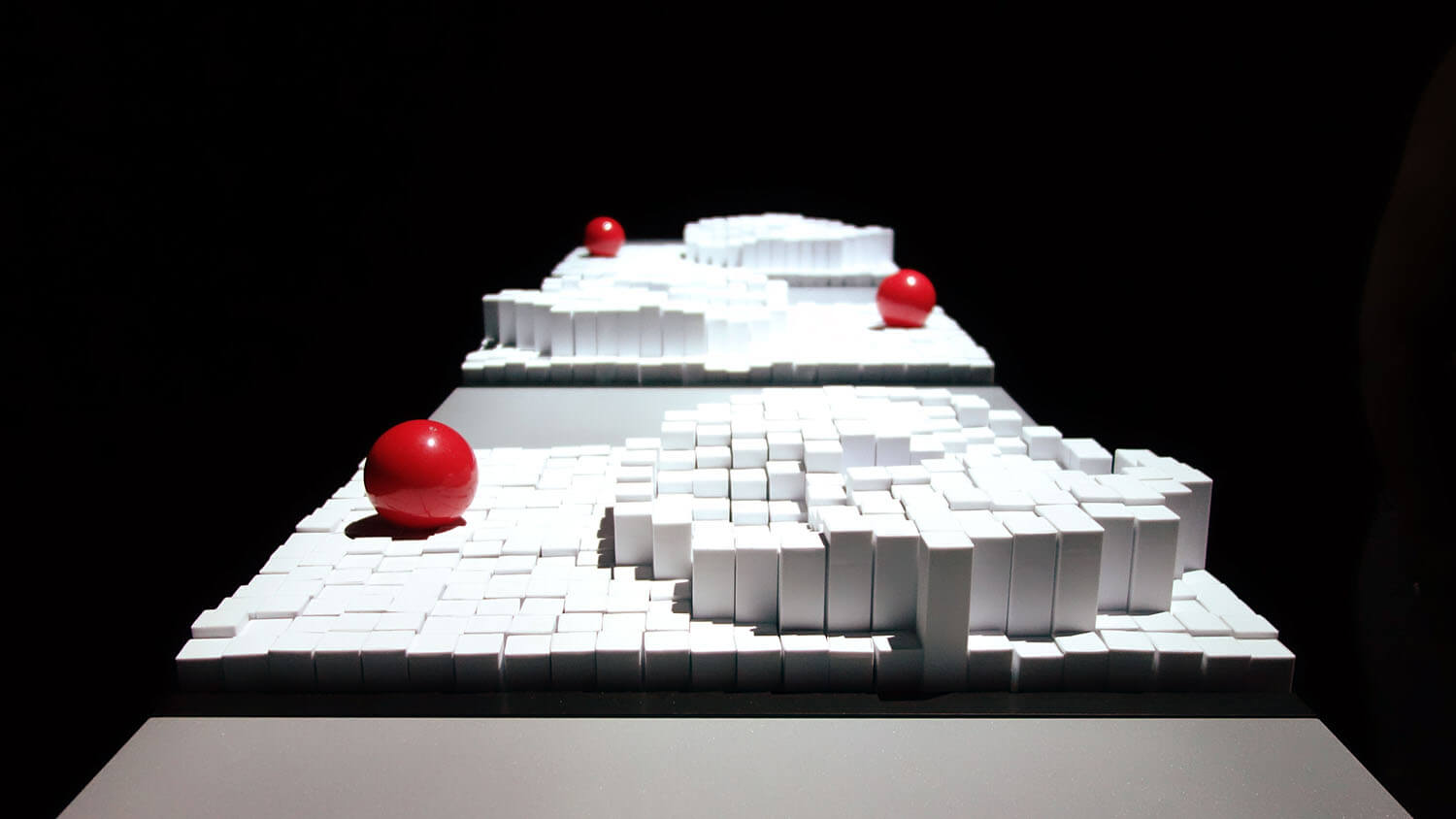 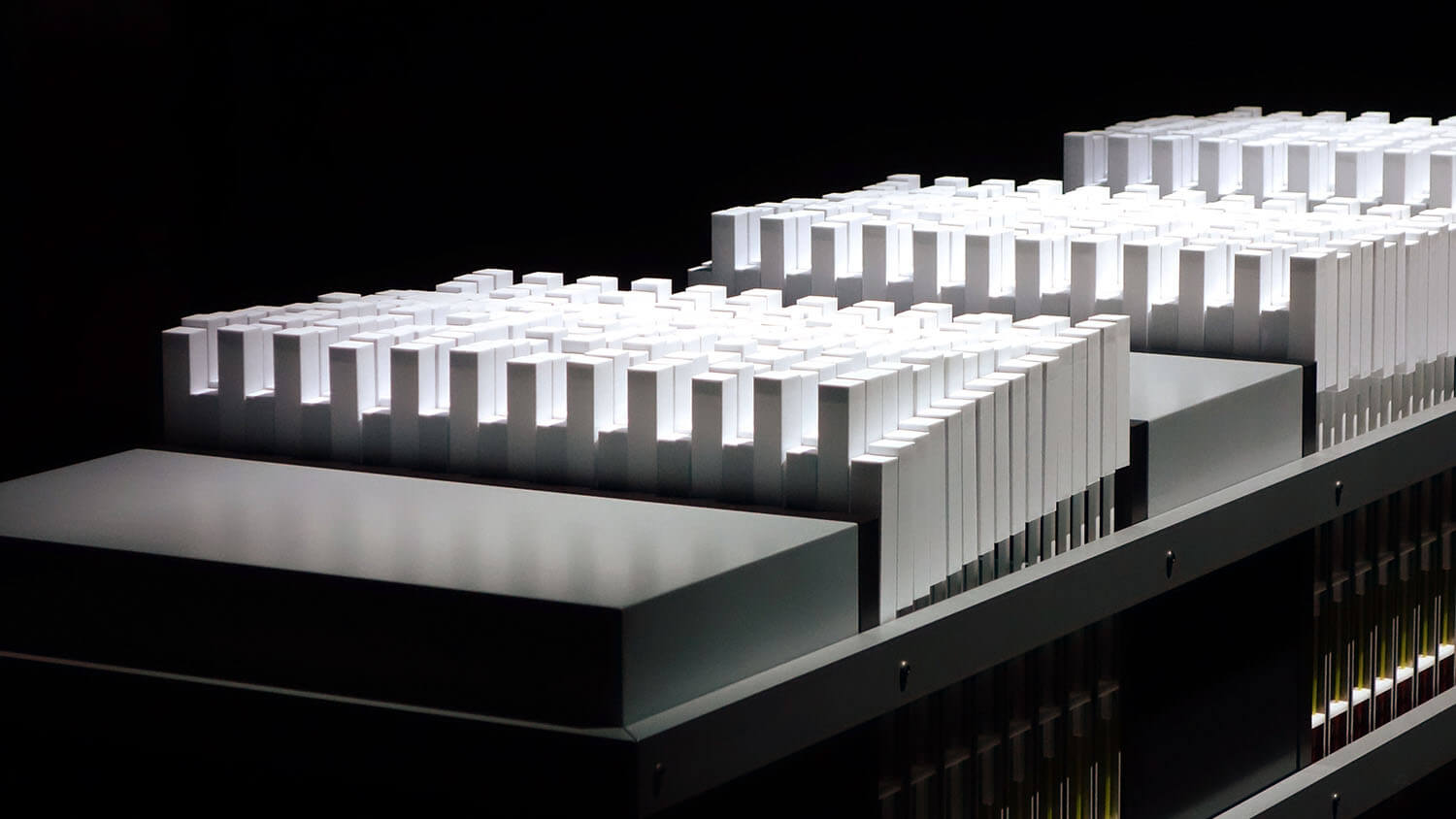 For display in Lexus Design Amazing, Lexus commissioned TRANSFORM from the Tangible Media Group at MIT’s Media Lab, led by Hiroshi Ishii. One thousand five hundred motorized, computer-controlled physical pixels retract into and emerge from TRANSFORM’s three dynamic shape displays. Both a tabletop surface and shape-shifting computer interface, TRANSFORM is responsive to motion and touch and foreshadows a future in which everything around us is interactive. Having concepted and prototyped the technology that would become TRANSFORM, Daniel Leithinger and Sean Follmer of Hiroshi Ishii’s Tangible Media Group reached out to Patten Studio’s team of artists and technologists to do the electronics design and fabrication, mechanical fabrication, and assembly that would bring TRANSFORM to life before an audience of thousands in Milan.

TRANSFORM’s undulating surface offers near-infinite avenues of functional and aesthetic applications, depending on users’ interaction. Imagine that when you receive a call, the desk your phone is sitting on pushes the device within your reach. A landscape designer might use TRANSFORM to sculpt terrain, while an analyst might use it to visualize financial data.

Visitors to Milan Design week had never seen a concept like TRANSFORM before, and videos of the piece spread virally online. Lexus dominated headlines throughout the show, building buzz for their ‘Amazing in Motion’ campaign and enhancing their reputation as design innovators. The Cooper Hewitt Smithsonian Design Museum featured TRANSFORM in its exhibition Tools: Extending Our Reach, for which Patten Studio resumed its collaboration with the Tangible Media Group.